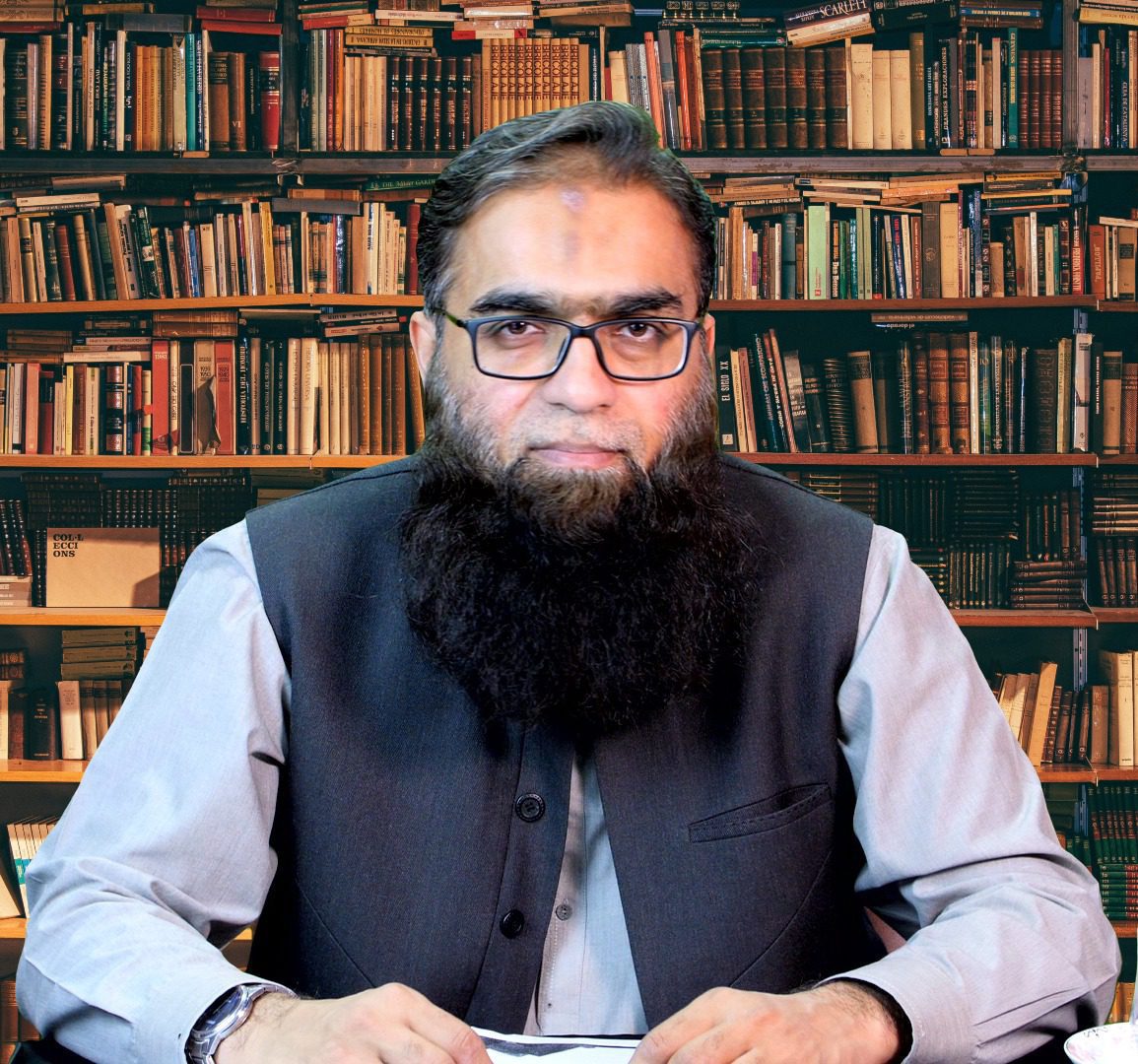 Sheikh Kashif Naseem Dilkusha is actively involved in spreading the message of Islam. While teaching deen he combines his experience with ‘ilm and a modern understanding which is certain to leave the students skilled and empowered. He is the founding member, lead instructor and the Director of Azaan Institute. He also heads Mushkeeza which is a non-government organization and is a valuable member of his family business setup. At present, Kashif is keenly involved with various Da’wah projects and activities held in Karachi. These projects and activities include delivery of Friday Khutbahs and lectures at numerous Masajids and institutes. His articles have been published in www.muslimmatters.org. Shiekh Kashif earned his B.S. in Economics in 1998 Southeastern University, Washington D.C. Kashif then completed his Masters of Business Administration from Iqra University, Karachi. He also completed his 8 years Dars e Nizami and was awarded a graduation degree in 1st division (Mumtaz)under the supervision of Wifaaq-ul-Madaris. 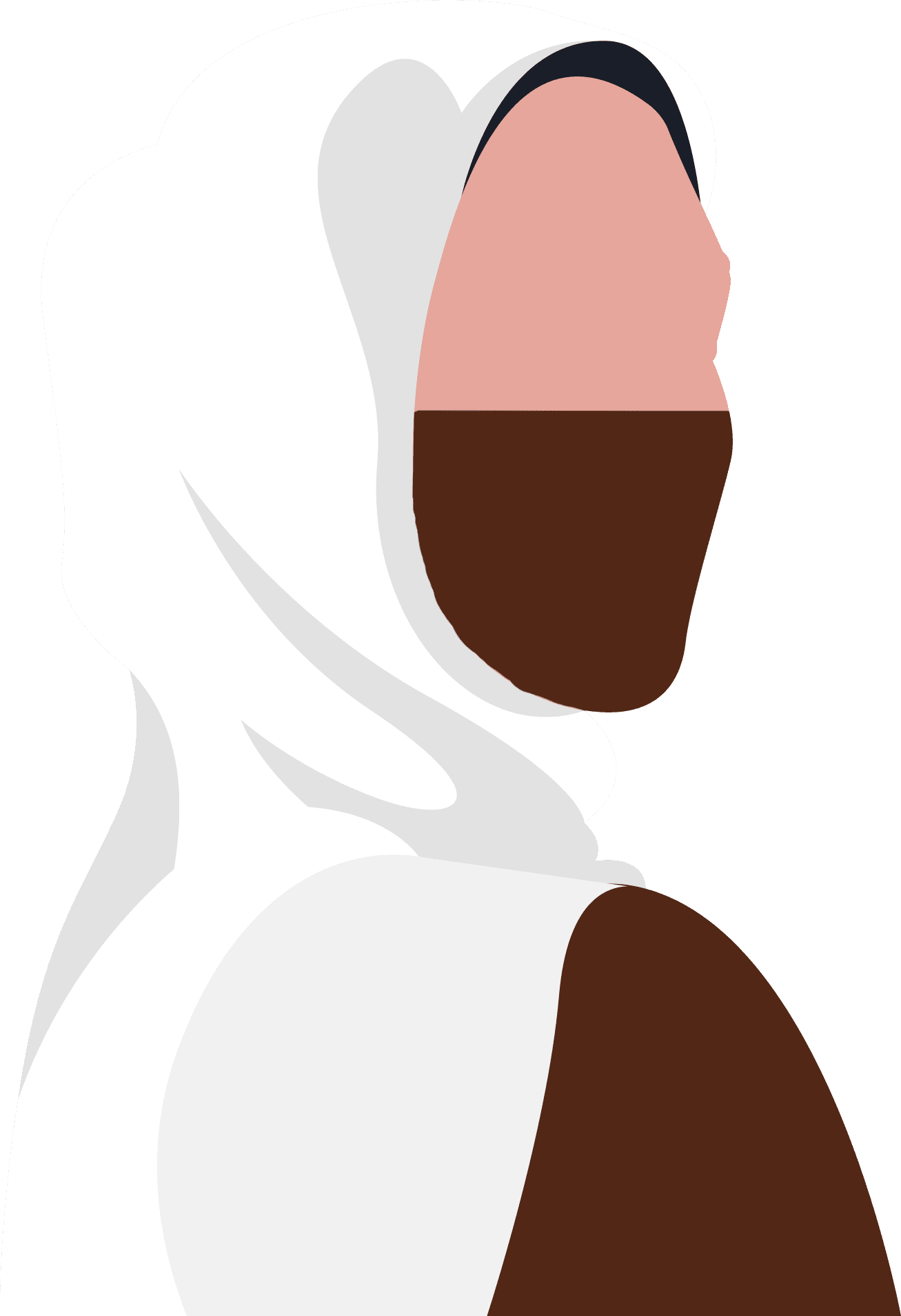 She is an inspirational speaker, Author, student of knowledge and project head of Sanctity of Human life.

Holding a B.Sc. double degree from Punjab University in Biology and Chemistry. She studied the Qur-an with Various teachers in onsite and on-line academies and started teaching in-depth studies of Quran from 2014.
Aiasha Amir successfully completed courses on Nahw, Sarf and Balaghah and later went on to study, Lughah, Arabic Grammar,Taddabbur and Tajweed both online and in-person under various teachers and joined these different institutes as an instructor.

She regularly holds talks on different topics related to current issues of women, parenting and young girls, also conducts Daura-e Quran and in-depth study programs for women during Ramadan for the last ten years.
She aims to strengthen women of the Ummah by evoking the love of Islam into their hearts with a proper value structure and to give them the confidence to practice Islam.

Along with Dawah she is also a social activist, working in the slums and in various areas of Karachi to help people, along with her team of dedicated volunteers by providing basic necessities of life and doing tarbiyah sessions.

Dr. Kanwal Kaisser is the first female instructor of Azaan Institute. She is the Director of Hamaray Bachchay Department, Al Huda International Welfare Foundation, Islamabad. A Medical Doctor (Child Specialist) by profession who works for Humanity on various fronts. She is a dynamic orator and a preacher who makes appearance on various TV channels. Dr. Kanwal authored Hamaray Bachchay resource book series for teachers as character building guide for children. She has more than 22 years of experience in teaching children, youth, along with parenting and teachers training. She conducts regular workshops in Medical Colleges, Universities and several other Institutions for personal grooming based on Quran and Hadith. She is also an instructor at Online Islamic University (IOU) for “Visionary Family Series”. 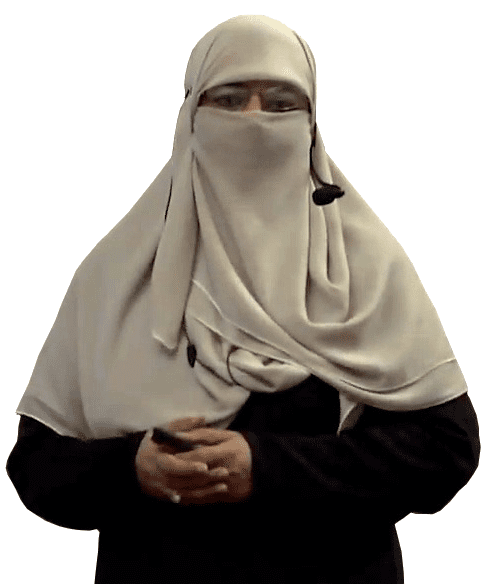 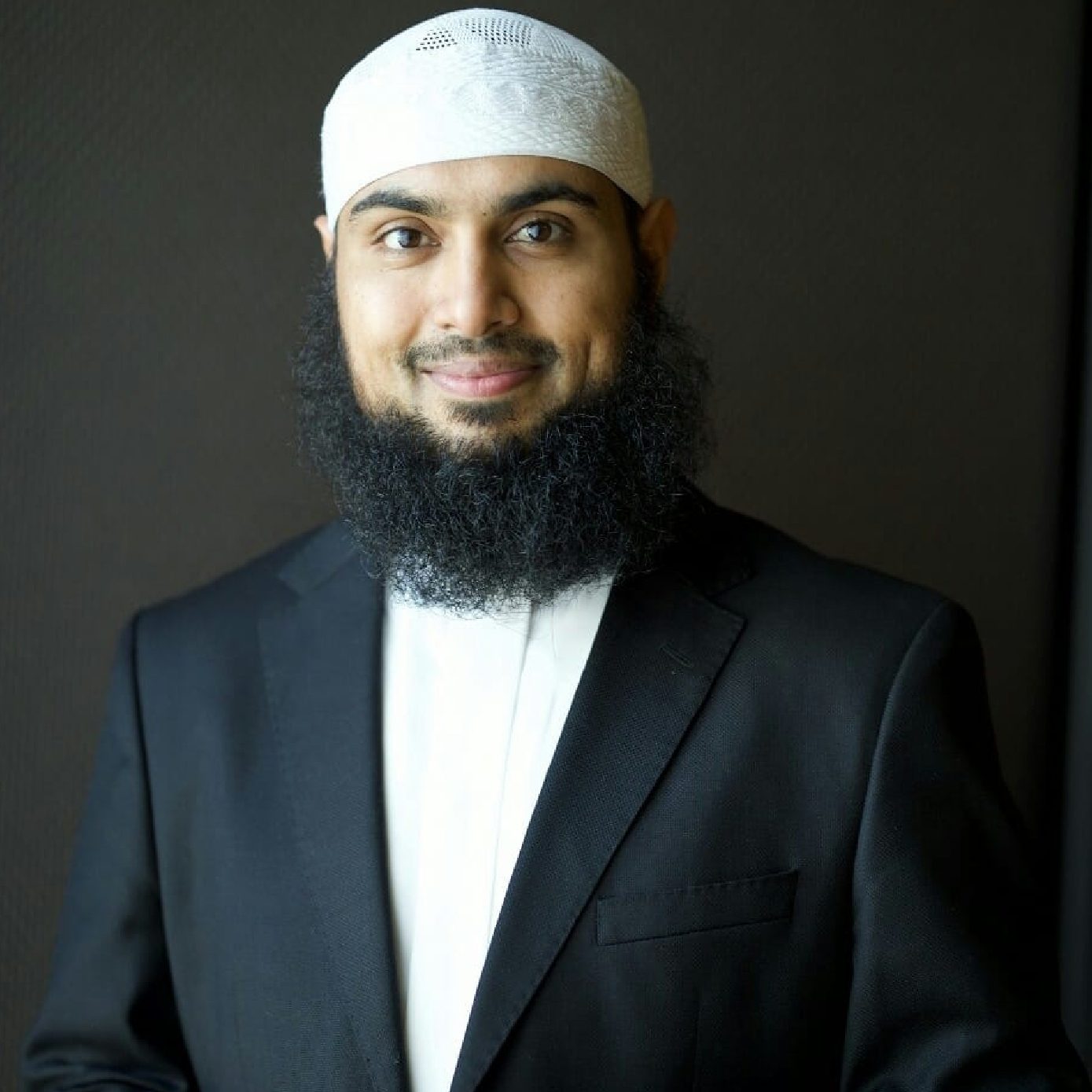 Sheikh Sajid Umar is a qualified Mufti and Judge, as well as an educator, author, researcher, and developer with a vision of ignited communities that benefit humanity upon the ethos of sincerity, excellence and steadfastness.

Sheikh Sajid graduated from a Qur’an Academy at the age of 18. Subsequently, he turned his attention towards Islamic Studies.

He travelled to Riyādh and enrolled at Imām Muhammed bin Saud Islamic University, where he initially completed a 3-year University Diploma in Arabic language and Islamic Sciences. His studies continued there over the next four years, attaining a Bachelor’s degree in Sharī’ah with a grade of: (Excellent).  He extended his studies for an additional three years, and achieved a Masters degree in Comparative Fiqh  and Judiciary (Qadha), with honours, from the Higher Institute for Judiciary Studies (Ma’had al-‘āli li’l-Qa’dhā) after training as a judge and successfully completing an academic thesis. Thereafter he successfully pursued and completed his PhD within the Higher Institute of Judiciary at Al-Imam University, in a program spanning 5 years under the guidance of some of the world’s best Muslim scholars. His PhD topic was related to the topic of Financial Risk Management, and in particular, Standardised Hedging Contracts between Islamic Financial Institutions.

His belief regarding putting knowledge into action led Sheikh Sajid to spend much of his semester breaks as a student teaching various Islamic and development programs for both the youth and adults worldwide, ranging from lectures in Masājid to international conferences and live events, as well as lectures and lessons via Radio, TV and online platforms.

Sheikh Sajid is also the head of Department of Fiqh and a lecturer at Knowledge International University. He also played an integral part in the start-up of the New Muslim Academy and HourIslam and enjoys continued participation as a lecturer and senior advisor within the programs.

Institute for Islamic & Arabic Education. He is a teacher of Tafseer of Quran and has authored different Islamic books under his pen name.

He has completed his aalim degree from Jamia Salafia Faisalabad & Jamia Al-Dawah Al-Islamia Lahore as well as from Wifaaq ul Madaaris As-Salafia. He also spent 3 years seeking knowledge from different renowned shuyookh in Makkah and has been a student of Tafseer under them. Upon completion of his MPhil in Dawah and Islamic Culture from Islamic International University, he is currently carrying out PhD research in Tafseer from Allama lqbal Open University, Islamabad.

As a teacher, he has been teaching Tafseer of Quran, Hadith and Arabic language for past several years. He was a permanent faculty member at FAST University Islamabad for 5 years in the Department of Humanities as a teacher of Islamic and Religious Studies.

Sheikh Abdul Jabbar has a vast experience of public speaking and has ventured in multiple media appearances on different tv channels. 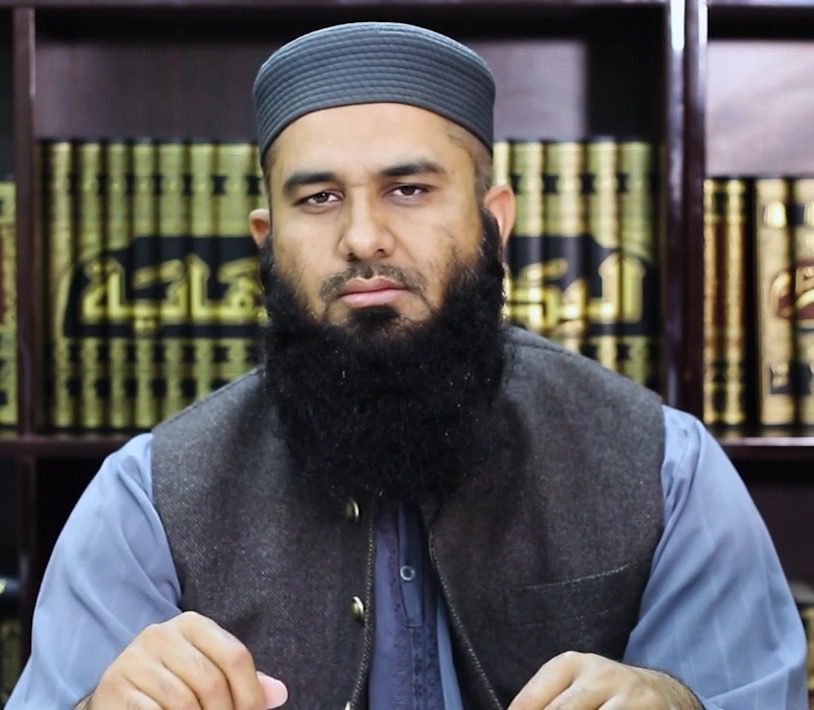 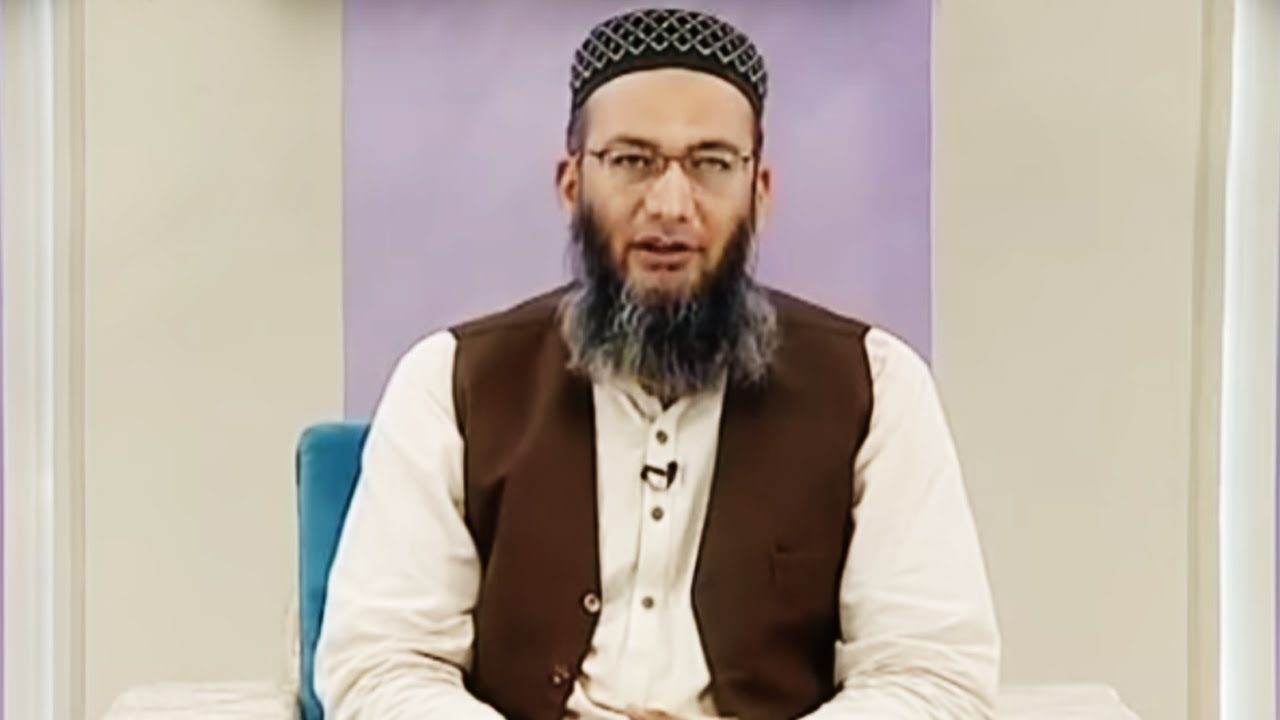 Shujauddin Shaikh is a qualified Chartered Accountant (C.A). He obtained his Master’s Degree in Islamic Studies from the University of Karachi in 1996. He then completed the one-year Qur’anic learning course (Raju Illal Qur’an) in 2002 from Qur’an Academy, DHA Karachi, established by Late Dr. Israr Ahmed (RAA).
Shujauddin Shaikh did not peruse his charted accountancy profession and Allah The Almighty, (SWT) blessed him with the bounty of dedicating his life for the cause of Islam and accordingly he joined to serve Qur’an Academy. He has been a faculty member there for many years and has held the Chair of Director, Academic of Qur’an Academy
He has also been delivering Qur’anic lectures and Duroos on various satellite channels and social media since 2001. Additionally, he has delivered speeches in various educational, business, government and private institutions across Pakistan.
Shujauddin Shaikh has also been supervising the development of a comprehensive syllabus of Qur’anic teachings (from 2009 to 2020) for students of educational institutions, which consists of complete translation and exposition of the Holy Qur’an that is agreed upon by all the schools of religious thought and approved by the Federal Ministry of Education, Government of Pakistan.

He is A bike enthusiast, polo player & cliff diver.

He delivers motivational talks at many notable institutes of Pakistan such as Nust, EME, FAST-NU, PIEAS, Szabist, Riphah and many others.
His passion for fulfilling his vision has made him love Mondays and hate Saturdays. 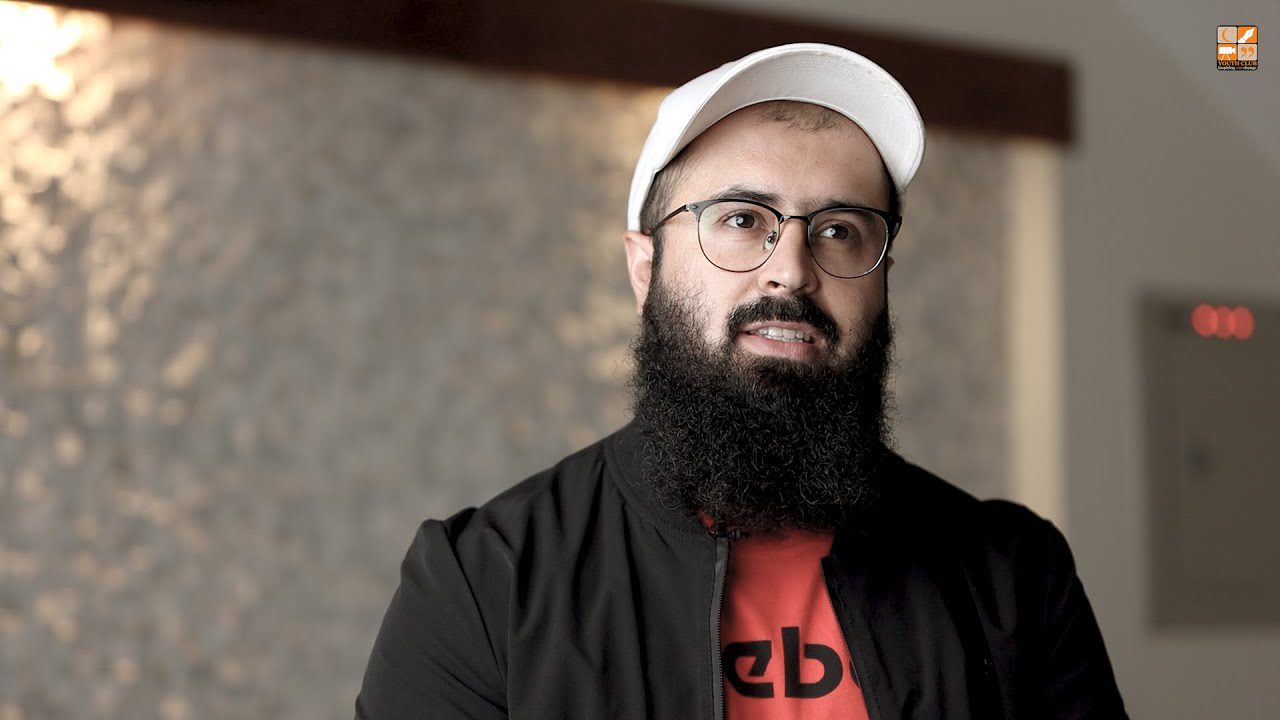 How is this online course structured?

The classes will be held live via Zoom. The course may include Quizzes, Assignments and Final Exam.

What if I have questions?

You may ask questions related to the course during the Live Q&A sessions with the instructor and also in the course WhatsApp group.

What is the duration of this course?

What are the class timings?

The classes are going to be held every Tuesday & Thursday 9:00PM to 9:45PM (Pakistan Time).

What if I miss the live class?

The recordings for each class will be available, however, we highly recommend to join the classes in its actual timings to have the best learning experience.

Is there a final exam?

Yes, there will be a final exam at the end of the course.

Am I going to get a certificate?

hose securing at least 60% marks will be awarded an e-Certificate.

Ustadh Mugheerah Luqman has more than 6 years of teaching and administrative experience in academia; his most recent assignment was in a school in UAE where he was working as the Head of the Department of Islamic Studies. He is currently working as a Regional Director, Punjab at Youth Club and also the head of Tarbiyah Department at Riphah University, Lahore where he is responsible for subjects like Islamic Studies and Professional Ethics, etcetera, along with other responsibilities of character building of students as well as faculty and management staff of the university. Apart from that he is also working as a General Manager at Al-Noor Center in Lahore where is he is responsible for administration, management and academics. He has ACCA from ACCA Global, UK and Bachelors of Science (Hons) in Applied Accounting from Oxford Brookes University, UK. Before that, he has Master of Arts (MA), from University of the Punjab Lahore and is currently completing his MPhil in Islamic Studies from University of Lahore. Along with teaching Islamic Studies, he has experience of teaching ACCA subjects and Business and Accounting to O and A levels students in UAE. He is a well-known guest speaker at different International TV Channels i.e. Sharjah TV, Paigham TV and Huda TV. He has conducted several motivational workshops in different institutes including IBM (Karachi), University of Central Punjab (UCP), FAST (Karachi), University of the Punjab and numerous others. Along with the mentioned above, he is Hafiz of Quran and has done his Dars-e-Nizami (8 years) degree from “Jamiah Lahore al-Islamiyah, Lahore, from the College of Quranic Sciences where he mastered different dialects of Quran thereby acquiring expertise in Quranic Sciences. Because of the mentioned expertise, he was officially called in UAE for leading Taraweeh prayer at a grand mosque in Jumeira, Dubai. He has been invited as a guest speaker in numerous national and international conferences and has been delivering Friday sermons for last 2 years in Dubai in two of its English Mosques. While living in UAE, he has been teaching at different institutions such as ICC (Islamic Cultural Centre, Abu Dhabi) and others. 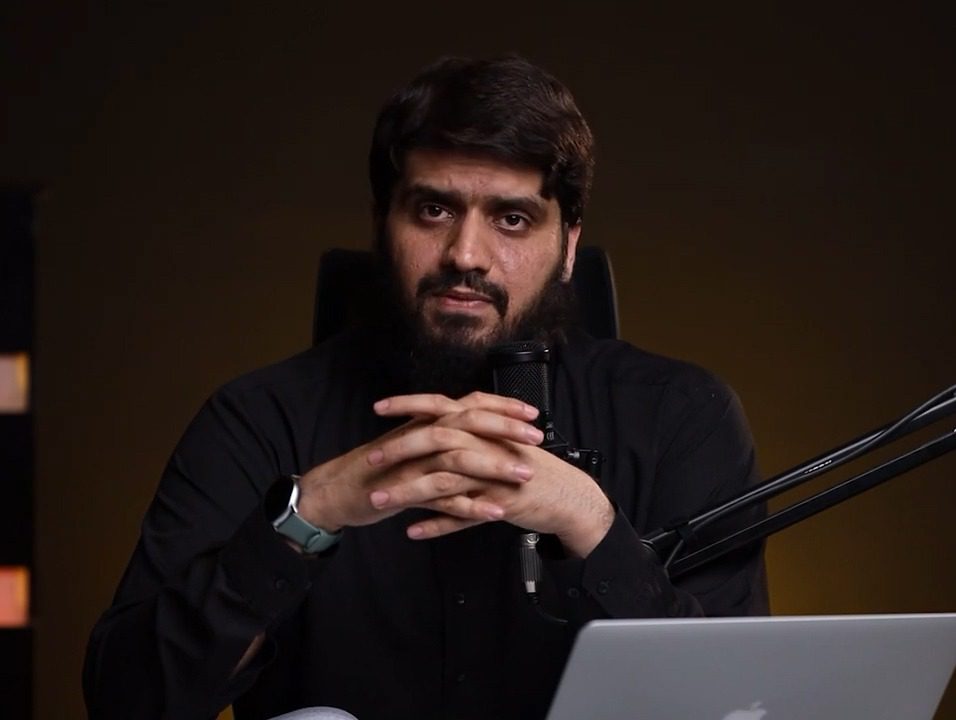 Please Enter Your Email To Get Started