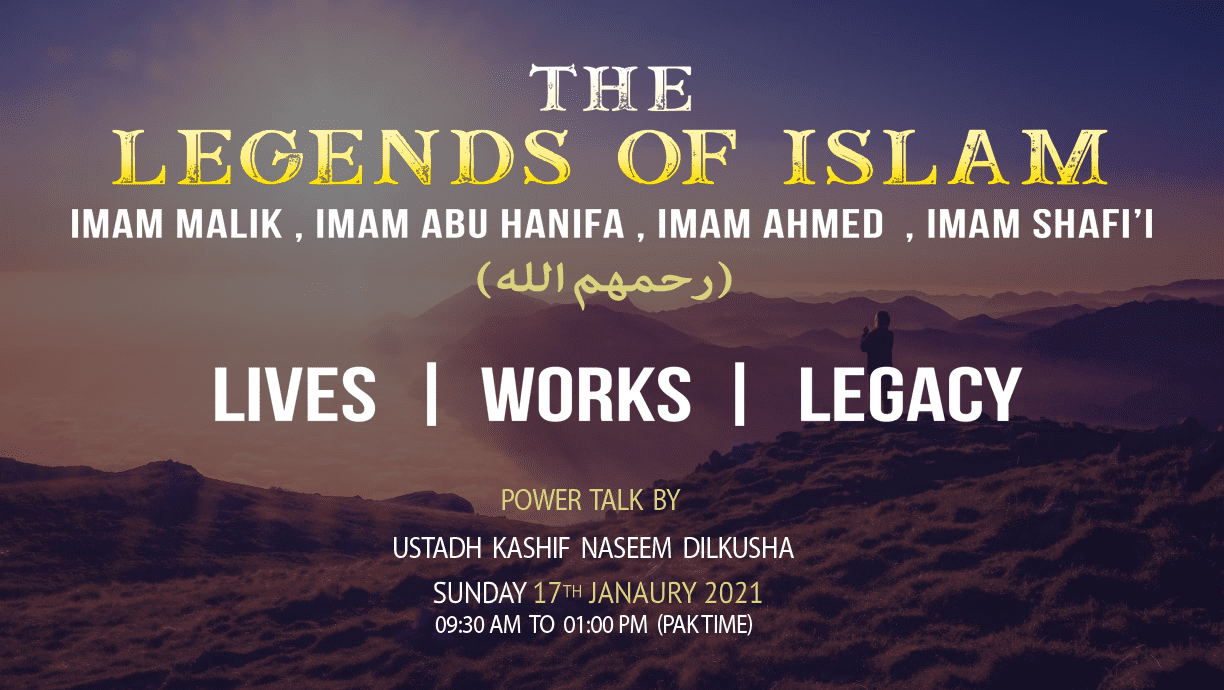 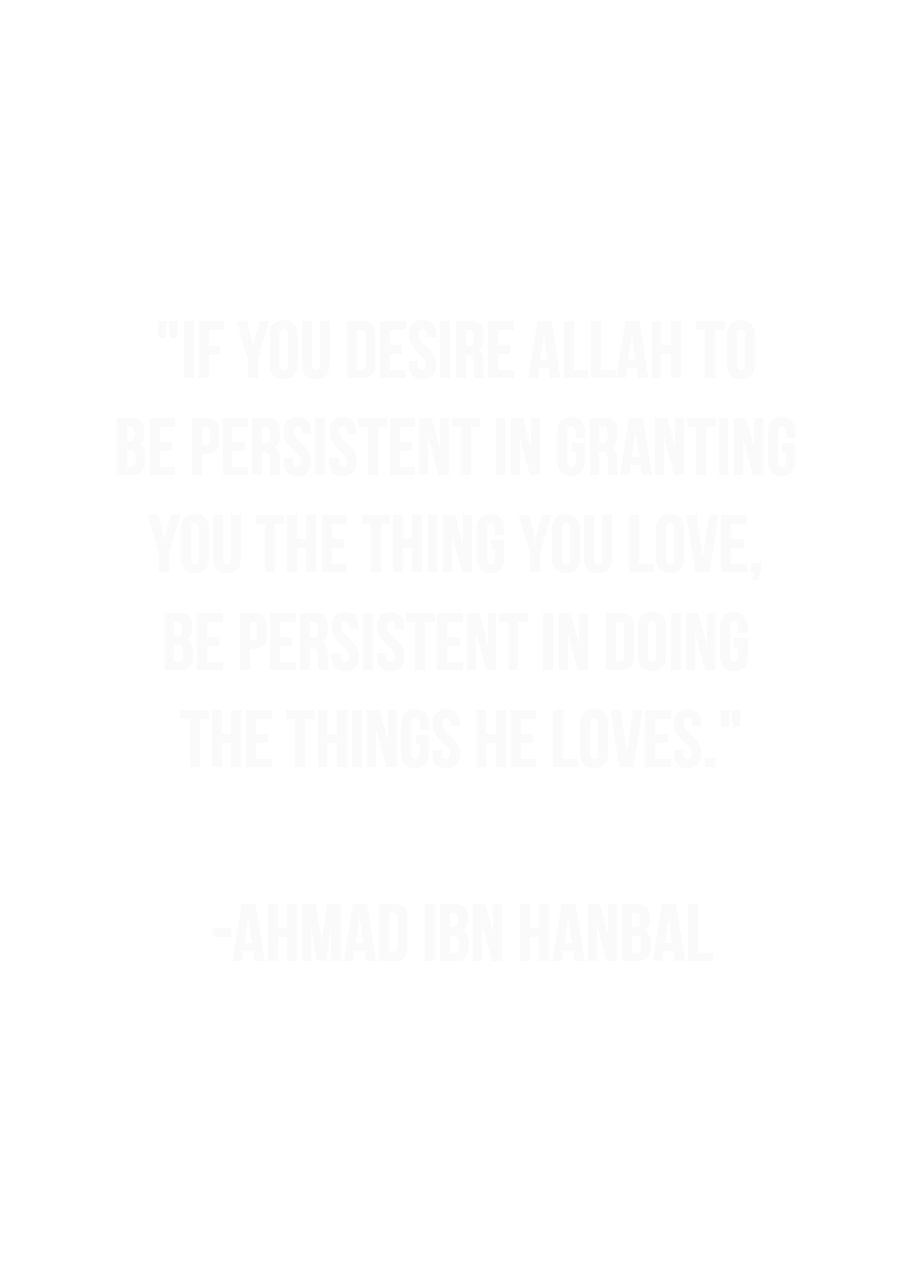 THE FOUNDING FATHERS OF ISLAMIC JURISPRUDENCE

The Holy Quran, Hadith Traditions and Ijtihad are the three main sources of Shari’ah Law. They govern and define all aspects and characteristics of a muslim’s life.

The four great Imams, Imam Abu Hanifa, Imam Malik, Imam Shafi and Imam Ahmad ibn Hanbal (رحمهم الله) played a vital role in the development of Islamic Jurisprudence. It is their works and efforts that have provided us with a guide which we use to adhere to the laws laid down by the Shari’ah.

Let us learn about their struggles and their great efforts to seek and spread knowledge, realize how despite the differences of opinion in the matters of fiqh, they had utmost respect for each other.

Let us be driven by the undying legacy they left behind, be in awe and take inspiration from their laborious lives in the way of Deen in a powerful PowerTalk “The Legends”

Recording of Power Talk will be available for 30 days

Live Interaction with the speaker 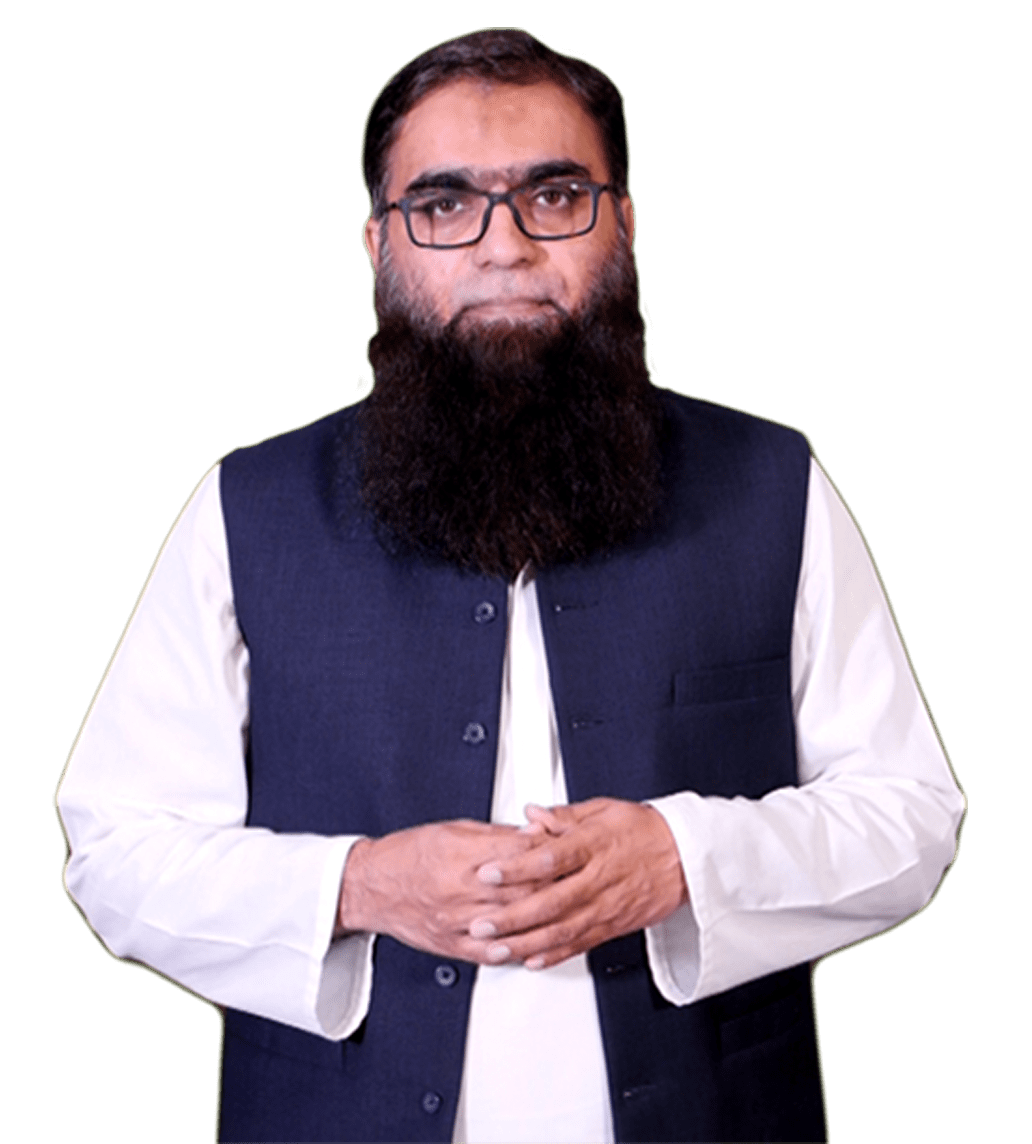 Ustadh Kashif Naseem Dilkusha is actively involved in spreading the message of Islam. While teaching deen he combines his experience with ‘ilm and a modern understanding which is certain to leave the students skilled and empowered. He is the founding member, lead instructor and the Project Head of Azaan Institute. He also heads Mushkeeza which is a non-government organization and is a valuable member of his family business setup. At present, Kashif is keenly involved with various Da’wah projects and activities held in Karachi. These projects and activities include delivery of Friday Khutbahs and lectures at numerous Masajids and institutes. His articles have been published in www.muslimmatters.org.

Ustadh Kashif earned his B.S. in Economics in 1998 Southeastern University, Washington D.C. Kashif then completed his Masters of Business Administration from Iqra University, Karachi. He also completed his 8 years Dars e Nizami and was awarded a graduation degree in 1st division (Mumtaz)under the supervision of Wifaaq-ul-Madaris.

Why Do You Need This Course?

The four Imams are the luminous stars of the sky of Islamic jurisprudence. It is especially important for all Muslims to have knowledge about their teachings, lives, and the fundamentals of Islam to learn how essential it is for us to co-exist and accept each other despite differences of opinions. Their lives serve as a character-building tool for Muslim’s today.

We all are aware that difference of opinions exists, but do we know the reason behind it? This PowerTalk will provide us the much-needed insight.

"Good explanation of concepts by teacher."
Nabah MunirSharjah, UAE
"The instructor is awesome as ever. MaShaAllah. Absolutely satisfied with his friendly and interactive teaching methodology. One of the reasons why I signed up for this course was Kashif bhai being the instructor. MaShaAllah."
Samah ArshadLahore
"Best instructor. Did not let you get overwhelmed with the amount of information. Always kept it simple for people like us to understand who really don't have a huge background knowledge. Amazingly conveyed everything. The humour was used in a very decent manner. Jazakallah Khairan Kaseera."
HamnaGujranwala
"One of my favourite instructor, explained everything with clear details, though it was a virtual session but still the interest was built up till the end."
Javaria SohailLahore
"His method of teaching is really comprehensive and he deals with his students kindly and lovingly. Thank you so much for teaching us that much needed course."
Anam RiazMandi Bahauddin
"Instructor had good grasp over the subject. He has a good teaching methodology in order to make the course interesting as well as informative."
Abdul HaseebDaska
"Such a dedicated teacher who has full grip on the topic. His light sense of humour and energy helped to keep everyone attentive and involved."
Sumaira Sheikh Islamabad
Previous
Next
REGISTER NOW